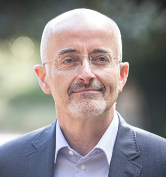 Professor Clive Baldock from Western Sydney University has been endorsed as President Elect of the Australian Council for Graduate Research (ACGR).

The ACGR Annual General Meeting, held at ANU in Canberra on November 14, was part of proceedings for ACGR’s two-day National Meeting attended by more than 90 delegates from Australia and New Zealand universities.

Professor Baldock has held previous graduate research leadership roles at the universities of Tasmania and Wollongong, and is the current Dean of Graduate Studies and Researcher Development at Western Sydney University.

Professor Baldock will commence the President Elect role on 1 January 2023 and transition to the role of President of ACGR in 2024 and 2025. Current ACGR President Professor Imelda Whelehan continues in the role throughout 2023.